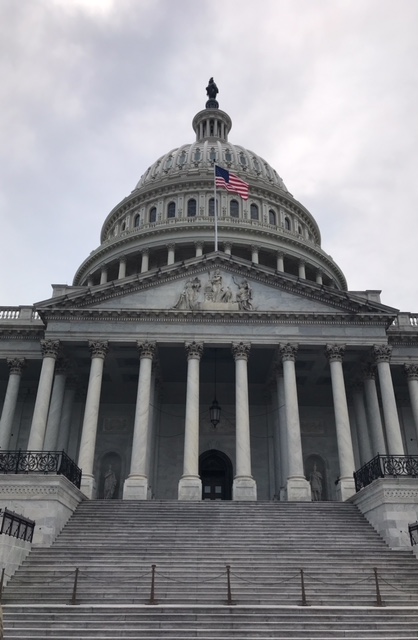 IFCA participated in FCA International's (FCA) Legislative Fly-In June 19 & 20.  I'd like to thank Geoff Furtaw, IFCA's Vice President and IFCA members - Tom Clerkin and Alan Bigelow - for taking the time to travel to Washington to meet with a variety of legislative assistants and representatives.

FCA's team met with Rep. Donald Norcross and Rep. Phil Roe to engage in discussions re: the GROW Act.

All of FCA's attendees had different schedules and met with a variety of representatives.  IFCA's team visited the offices of Sen. Toomey, Sen. Casey, Sen. Coons, Sen. Carper, Rep. Evans, Rep. Rochester and Rep. Fitzpatrick.  In addition, one of IFCA's attendees has an office and resides in New Jersey; and therefore, visited the offices of Sen. Menendez, Booker and Gottheimer.

Throughout the day we conversed about the GROW Act and MEPPRA (Multiemployer-Pension Reform Act of 2014).   We distributed a LIST of FCA's Legislative issues too.  Some of those topics included: